Equities in the Last 30 Years: A Retrospective 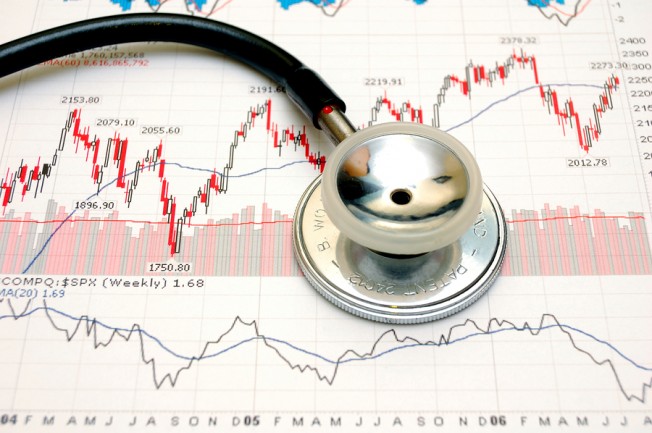 Looking at a chart covering the performance of the Dow Jones Industrial Average over the last century is a lot like looking at a chart of profitable business earnings at a cartoon enterprise meeting – it’s almost a caricature of itself, a steady upward slope punctuated by regular but far-between drops.

When an economy is in the thick of a recession, it’s hard to look at something like this and see anything positive, but now that the U.S. has been steadily creeping its way out of those lows it’s easier to see not only how markets react over the long-term, but also how we’ve always reacted to the crises.

The following is a look back at the last three decades, and all of the crises and triumphs contained within.  As The Economist noted in 2009, despite the criticism of advisors who used the past to predict the future during the economic downturn of the 2000s, there’s still some merit to taking a look at historical data once in a while to try and anticipate how markets will fare in the future.

The 2000’s have been a tumultuous decade at best, between the turn of the century drops in 2000 and 2001 (April 14th, 5.7% and September 17th, 7.1%, respectively) and the abysmal 2008 performance of the Dow Jones, the drops were big and hit hard.  Yet, it’s just as important to note that the U.S. economy was working with more money than ever before, and while that also means the drops were larger, it’s to be expected when working with such a large economy.  The economy and markets have been on a slow but steady mend since.

Following on the heels of ‘Black Monday’ in the 1980s, the recession of 1990-1992 was almost more of an aftershock of the global recession than an isolated incident; arguably the 1990s recession was all but unavoidable after the U.S. escaped Black Monday relatively unscathed.  The recession of the early 1990s was the “largest recession since that of the early 1980s”, something that in the long view seems to imply a trend to recessions, equities markets, and economies on a whole.

The early 1980s, much like the early 1990s, were hit hard by a bit of continued fallout from the global recession of the late 1970s, contributing to the savings and loan crisis.  The recession itself lasted from July of 1981 to November 1982.  This recession was similarly an influencing factor of Black Monday in 1987, where the global markets crashed and the Dow Jones declined by a remarkable 22.61%.  Needless to say this recession fed into the following decline in the early 1990s.

While this seems to be all doom and gloom, in this instance the negatives also highlight the positive aspect of all of these recessions: the economy has always rebounded.  Much like the gradual upward spiking of Dow Jones over the last century, there will always be mountains and valleys, and it’s important to remind ourselves not to panic when sitting in one of these valleys.  Additionally, when we’re on our way out of the market at its peak times, it’s always a good idea to look for ways to ride the impending growth following big market drops.